In October, 1992 in New York (US), a photo of Chuck D in a rattan chair, flanked by members of S1W, made by Jesse Frohman, was published in SPIN Magazine.

In the October issue of SPIN magazine, part of the article ‘Striking Black’, written by Scott Poulson-Bryant on page 47, a photo is published by Jesse Frohman. It shows Chuck D of Public Enemy, sittin in a rattan chair, holding in his right hand a shotgun and in his lefthand a spear. On both of sides of the chair, a S1W (Security of the First World) posing, wearing black berets, dark sunglases and military cloths. On the floor lies a zebra skin rug.

“For the photo shoot, Chuck D wants to recreate a photograph of Huey Newton, founder, leader, and ministers of defence for the Black Panther Party. The assistants have found the props, and run about, setting them up against a pale white wall. 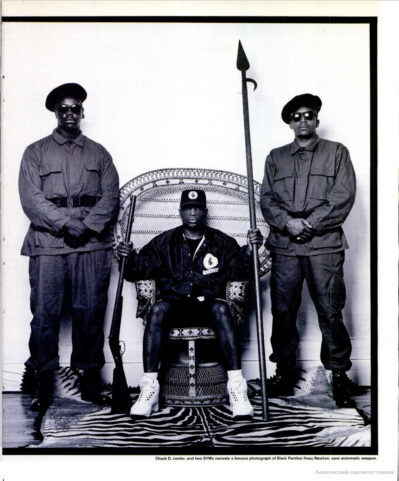 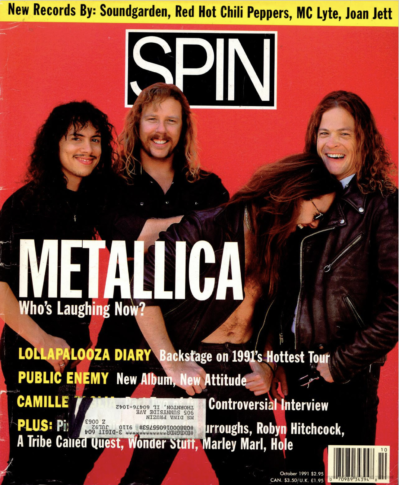 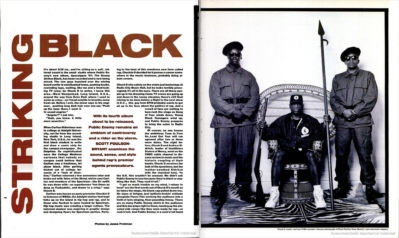 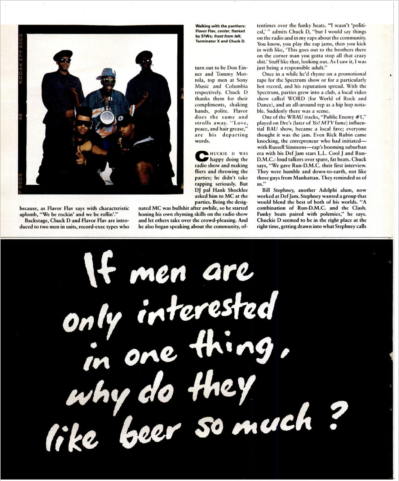 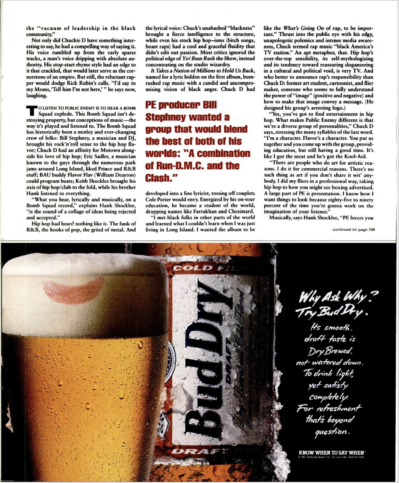