Remix: Malcolm X, pulling back curtains to peer out of a window

On the Original photo by Don Hogan Charles
“Famous photograph that was in “Life” magazine in March of 1964 and again in “Ebony” in September of that same year. In the picture, Malcolm X is holding a M1 Carbine in his right hand, and pulling back the blinds on his window with his left hand, looking outside his Queens, NY, home to keep watch. He had good cause. On Feb. 14, 1965, his house was firebombed. A week later, on Feb. 21, 1965, while giving a speech, with his family in the audience, Malcolm X was assassinated.”

“Don Hogan Charles, the first black photographer at the New York Times best known for his iconic photo of Malcolm X holding a rifle at the window of his home, died on Dec. 15 2017 in the East Harlem section of New York. He was 79..” […]

“However, it was the photo of Malcolm X, pulling back curtains to peer out of a window at his Queens, N.Y., home, fearing assassins, for which Charles is most remembered.

The photo appeared in the September 1964 issue of Ebony, five months before Malcolm’s 1965 assassination. Charles, then a freelancer, accompanied Ebony staffer Hans Massaquoi for three days as they followed Malcolm throughout New York as he recruited followers for his new Organization of Afro-American Unity, according to a February 1993 article in Ebony. (A similar photo, perhaps the same one, appeared in Life magazine).

Charles was at the Queens home again after firebombs crashed through Malcolm’s living room windows in February 1965. “Jolted awake by the explosions, he rushed his wife and four young daughters out into the cold before fire engulfed their modest brick house in East Elmhurst, Queens,” Swarns, Darcy Eveleigh and Damien Cave wrote in the newly published “Unseen: Unpublished Black History from the New York Times Photo Archives.””

The photo was originally taken as a warning against those Nation of Islam members who had threatened Malcolm’s life. But placed next to the slogan “By Any Means Necessary”, it appeared to be a call to arms for the Black population.”

On By All Means Necessary by Boogie Down Productions (1988)
“By All Means Necessary is the second album from American hip hop group Boogie Down Productions, released on May 31, 1988[1] on Jive Records. After the 1987 murder of DJ-producer Scott La Rock, MC KRS-One moved away from the violent themes that dominated his debut, Criminal Minded, and began writing socially conscious songs using the moniker the Teacher.’ […] “Both the album cover, depicting KRS-One, and the album title make reference to Malcolm X. The album’s cover art is a reference to the iconic photo of Malcolm X peering through his window while holding a M1 carbine rifle. The album title is a modification of Malcolm X’s famous phrase “By Any Means Necessary.””

“Nicki Minaj stoked the ire of Malcolm X’s family by using an image of Malcolm X wielding a machine gun in artwork for her new single. The saga began earlier this week when the famous picture appeared on her website and Instagram account with Minaj’s name and the title of her new song dropped on the image.” […] “The family of the slain leader did not take kindly to the controversy and spoke out yesterday. Mark Roesler, who runs licensing and merchandise for Malcolm X’s estate, called the image “dehumanizing.” He added: “This is a family photo that was taken out of context in a totally inaccurate and tasteless way.” ” 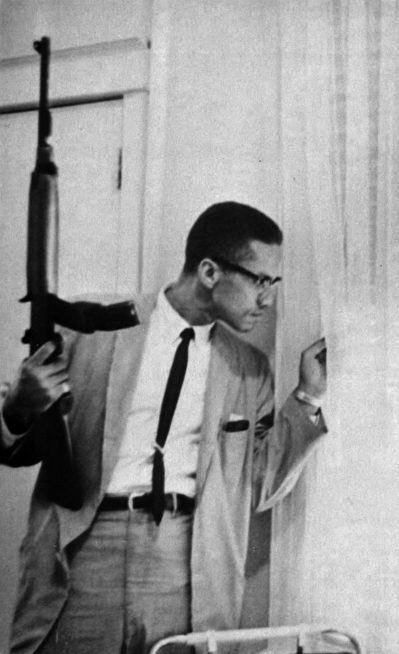 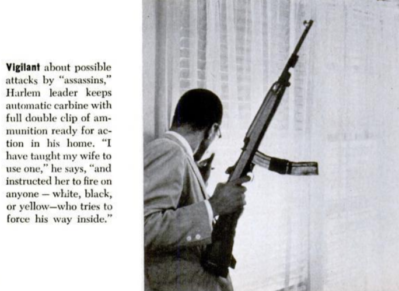 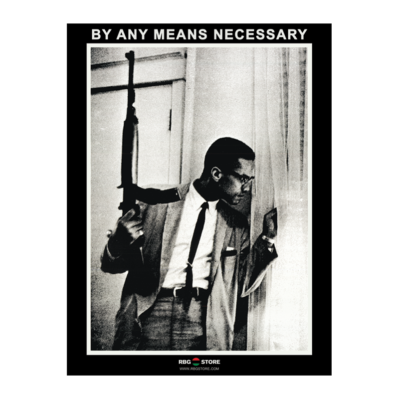 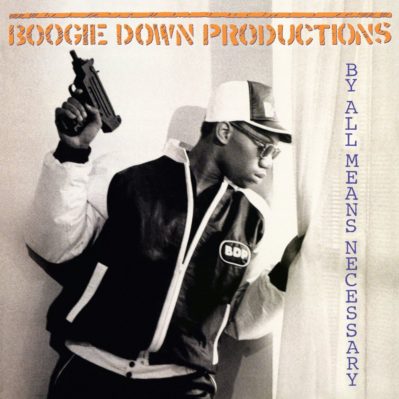 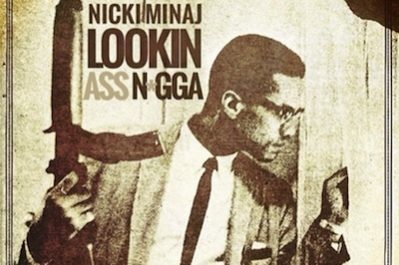 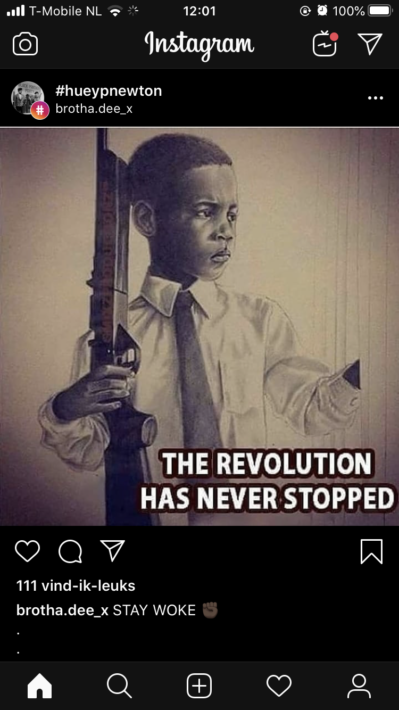