On May 25, 2019 in the United Kingdon, a serie of cartoons of rappers seated in the iconic throne from Games of Thrones made by Madina Design, were posted on Instagram @the.rap1.

Note: The selection of these works of art as part of the Huey Remixed-project is debatable. Even though this is not a direct reference to Huey P. Newton in a Rattan Chair, I considered including this series of illustrations to the timeline. The Throne (and the title) is a reference to Games of Thrones, the iconic American fantasy drama television series that ran from 2011 until 2019. By using the throne to celebrate hiphop artists and therefore the cultural movement, this series has bridged from that fantasy world to the political. By celebrating (mostly) black artists as warrior-kings, it channels the initial message of the image of Huey in a rattan chair, and creates an association with the black liberation struggle, which is also part of the hip hop movement. 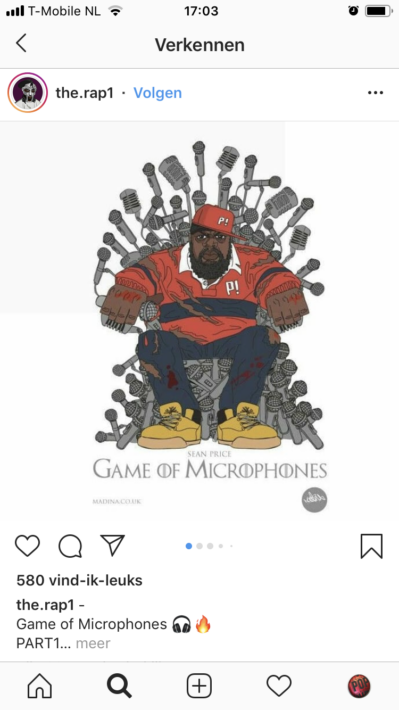 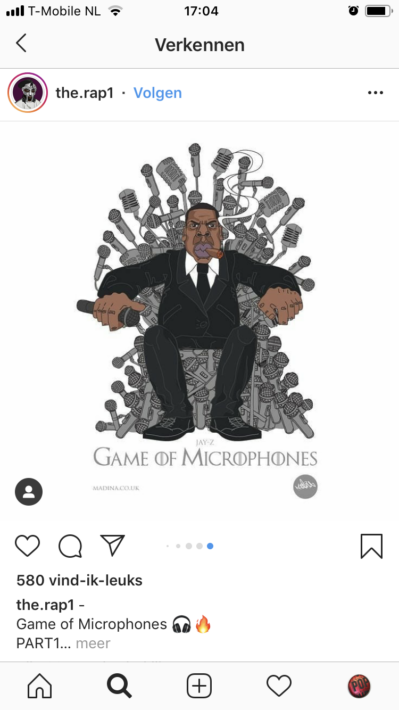 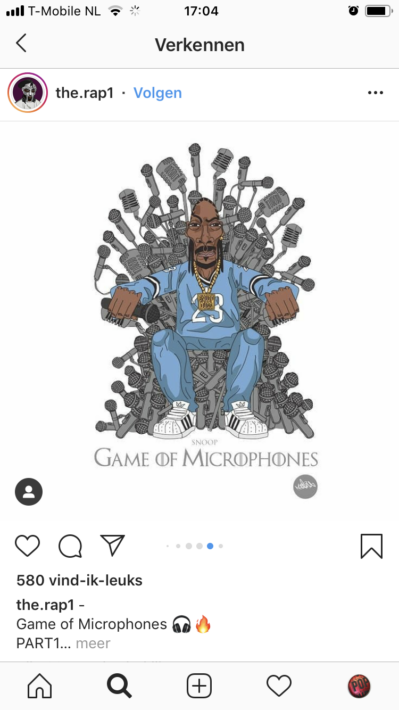 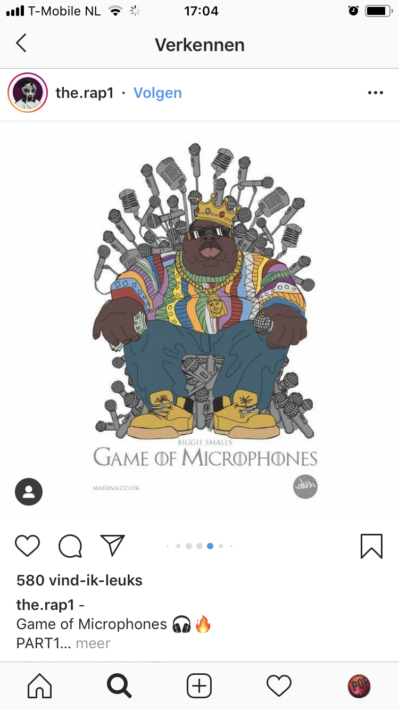 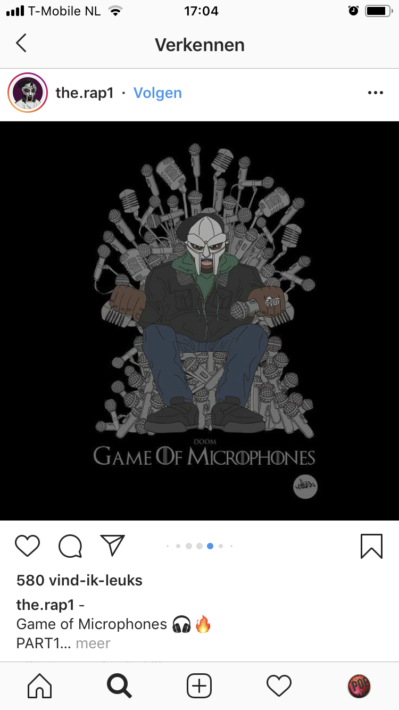 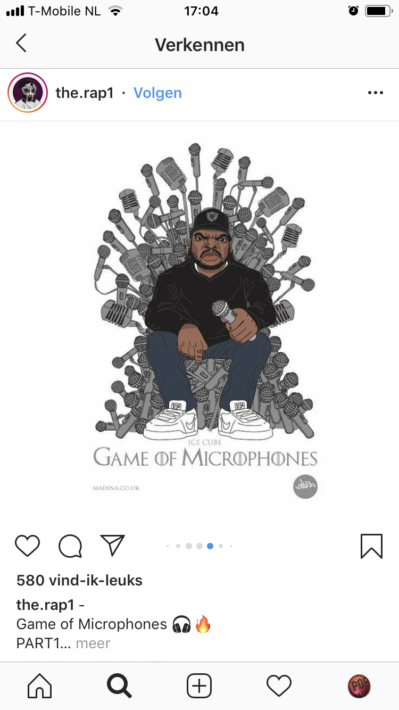 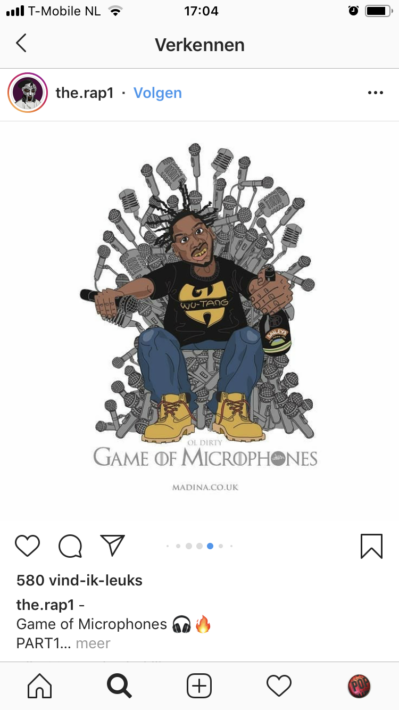 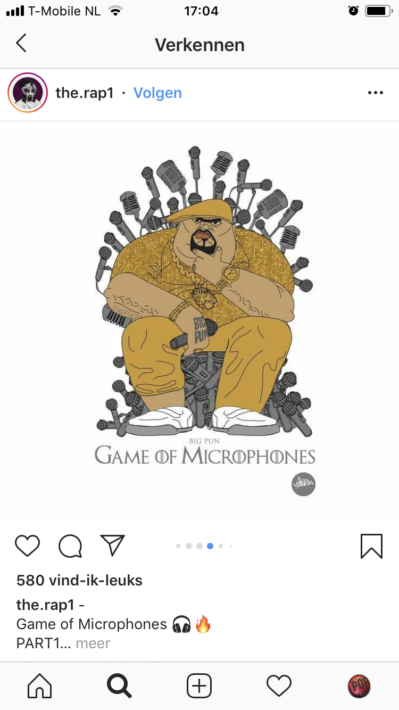 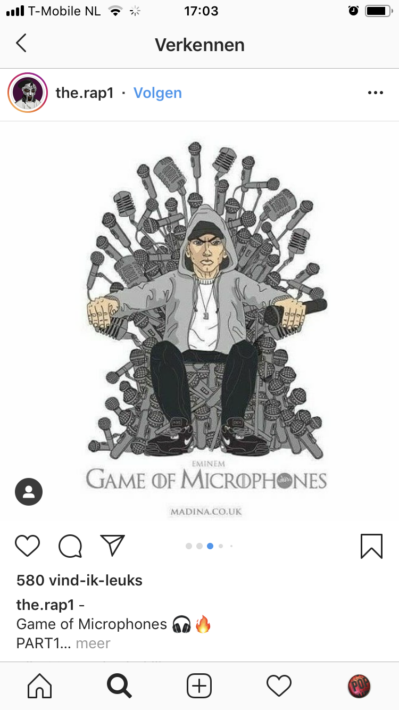 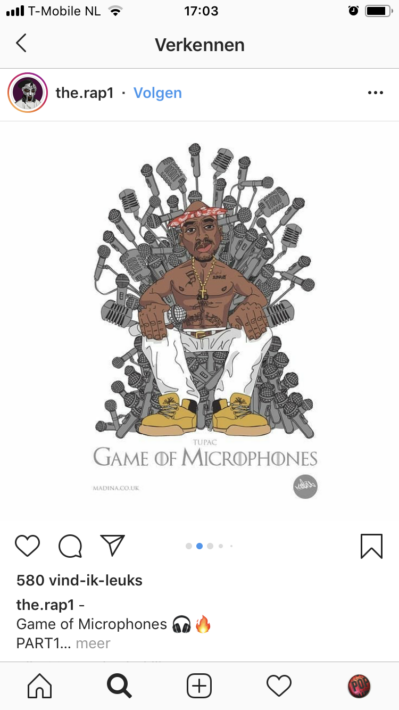