How would one describe the physical and behavioural characteristics of Black Pete?

“Like many […] visual portrayals whose principal incentive is a satirical or “humorous” view on “the other”, these images took the form of outrageous characterisations of black, their communities, and their alleged cultural practices. These grotesque, garishly dressed beings, with black skin, protruding red lips and bulging eyeballs, were usually shown in improvished settings with yard fowl, watermelons, and so on. Alternately backward, shiftless, ridiculous, childish, criminal, these characterisations faithfully appeared in turn-of-the century [i.e. 1900] European and American theatrical productions, popular literature, advertisements, children’s toys, and other documenta.” (Powell, 1997, 24/25)

“Black People were reduced [by stereotyping in popular representation] to the signifiers of their physical difference —thick lips, fuzzy hair, broad face and nose, and so on. For example, that figure of fun who, as doll and marmalade emblem, has amused little children down the ages: the Golliwog. This is only one of the many popular figures which reduces black people to a few simplified, reductive and essentialized features. Every adorable little ‘picaninny’ was immortalised for years by his grinning innocence on the covers of the Little Black Sambo books.” (Hall, 2003, 249)

The golliwog, golliwogg or golly is a fictional character created by Florence Kate Upton that appears in children’s books in the late 19th century and usually depicted as a type of rag doll. It was reproduced, both by commercial and hobby toy-makers as a children’s toy called the “golliwog”, and had great popularity in the UK and Australia into the 1970s. The doll is characterised by black skin, eyes rimmed in white, red lips and frizzy hair. Though home-made golliwogs were sometimes female, the golliwog was generally male. For this reason, in the period following World War II, the golliwog was seen, along with the teddy bear, as a suitable soft toy for a young child. (Wikipedia)

The coon appeared in a series of black films presenting the Negro as amusement object and black buffoon. […] [The picaninny] was a harmless, little screwball creation whose eyes popped, whose hair stood on end with the last excitement, and whose antics were pleasant and diverting. Thomas Alva Edison proved to be a pioneer in the exploitation and exploration of this type when he presented Ten Pickaninnies in 1904 […]. (Bogle, 2001, 7) 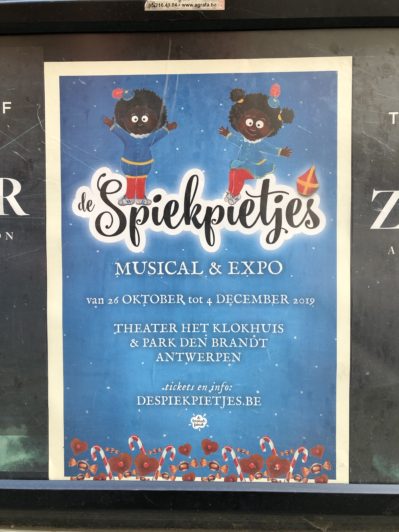 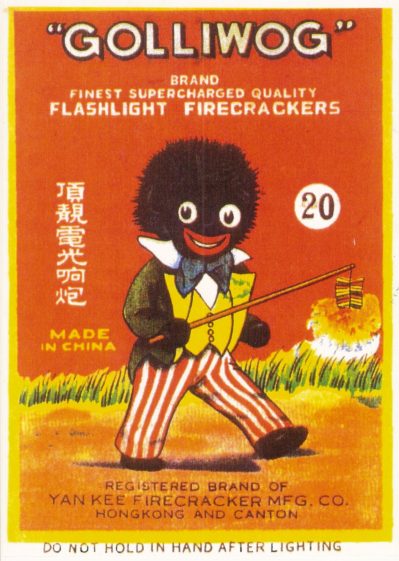 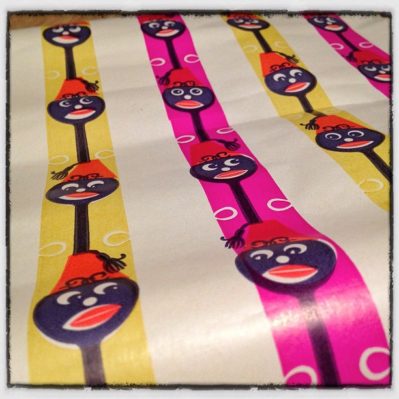 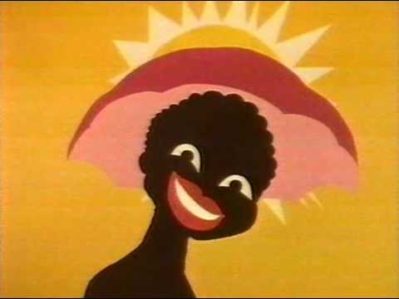 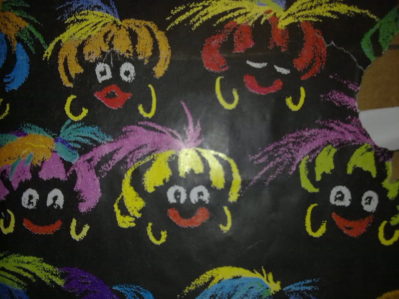 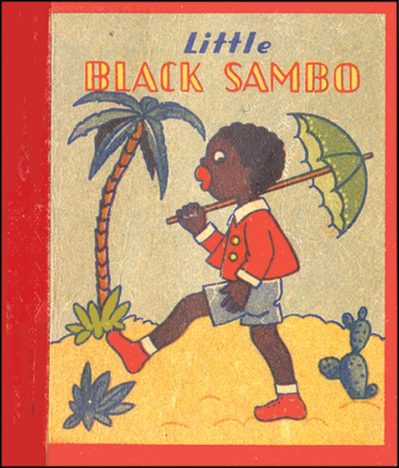 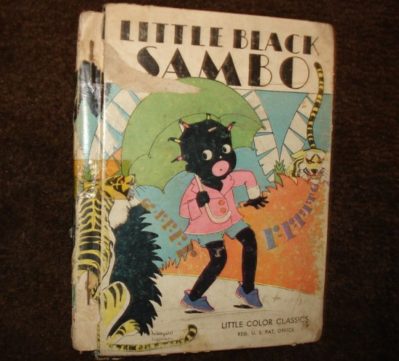 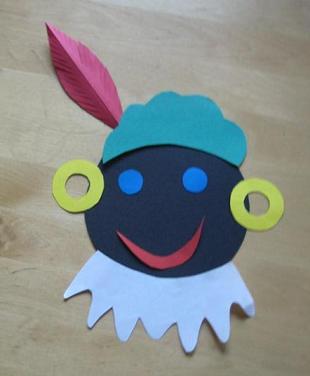 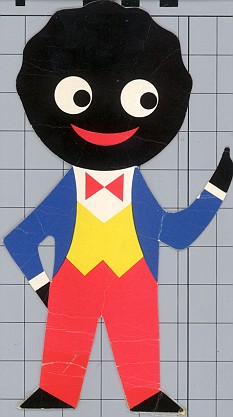 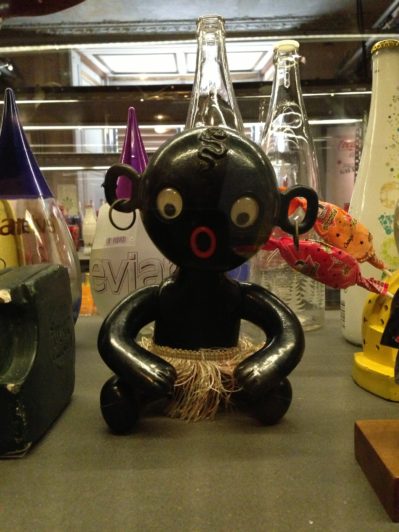 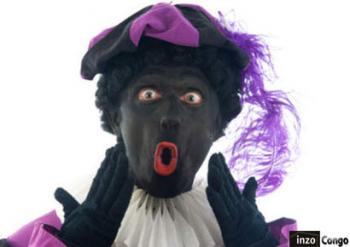 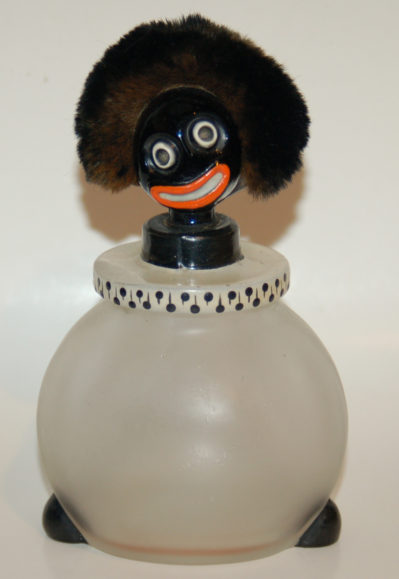 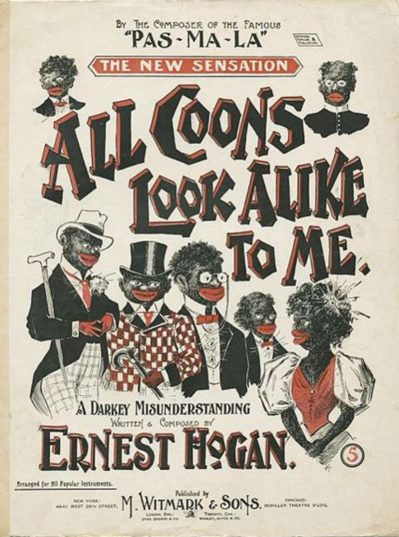 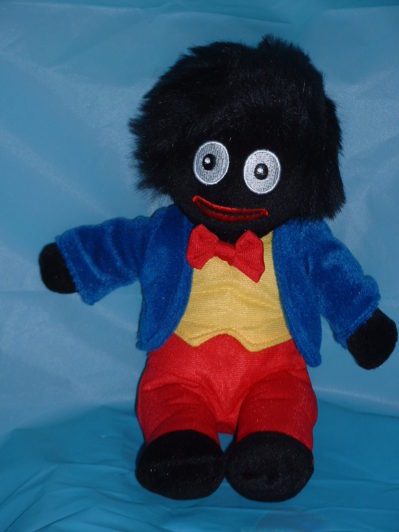 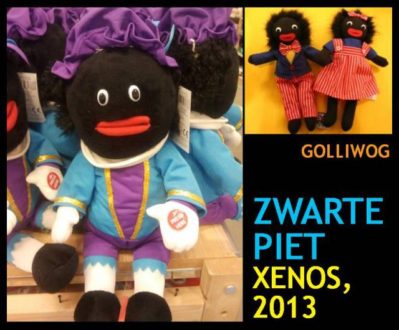