“As activists staged demonstrations across the US on Saturday, protesting the murder of George Floyd and the many black people before him killed at the hands of police, artist Jammie Holmes took to the skies, hiring airplanes to fly banners featuring Floyd’s last words over Detroit, Miami, Dallas, Los Angeles, and New York.

The art piece, titled They’re Going to Kill Me, was something of a departure for Holmes. The 36-year-old is known for his figurative painting inspired by his experiences as a black man in the US. But Floyd’s words spoke for themselves, no imagery needed.

“Please, I can’t breathe.” “My stomach hurts.” “My neck hurts.” “Everything hurts.” “They’re going to kill me.” That’s what Floyd said in his final moments, his neck pinned under Minneapolis police officer Derek Chauvin’s knee for over eight minutes.

Repurposing these words as a work of art “underlines a need for unity and the conviction that what happened to George Floyd is happening all over America,” Holmes said in a statement.” (news.artnet.com) 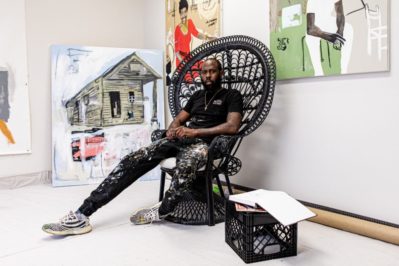 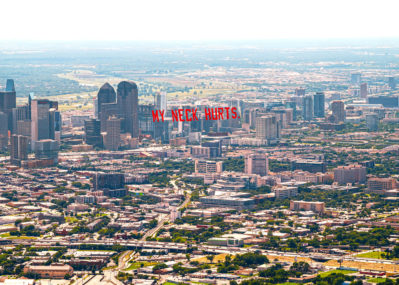 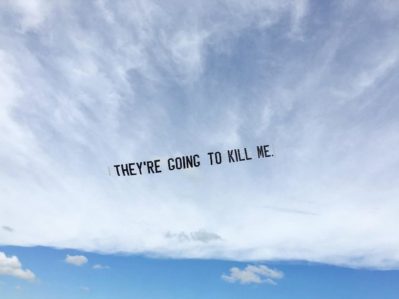