“The first phase, classification, he defined as the division of people in ‘us and them’. This was something that was particularly suitable for the special character of the 20th century. It was a side effect of both nationalism as well as individualism. By focussing on the self there already is a division between the individual and the ‘other’, and that division continues with an identification through a flag.

Genocides developed during a tidal wave of technology, nationalism, individualism and the political rise of psychopaths.” (Higgs, 2015) 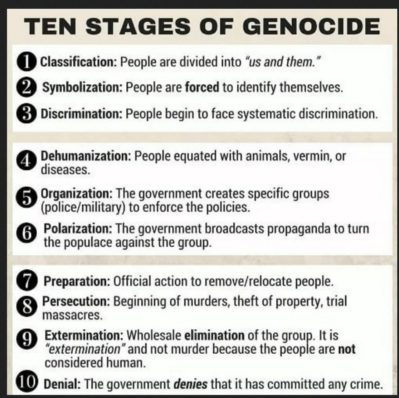 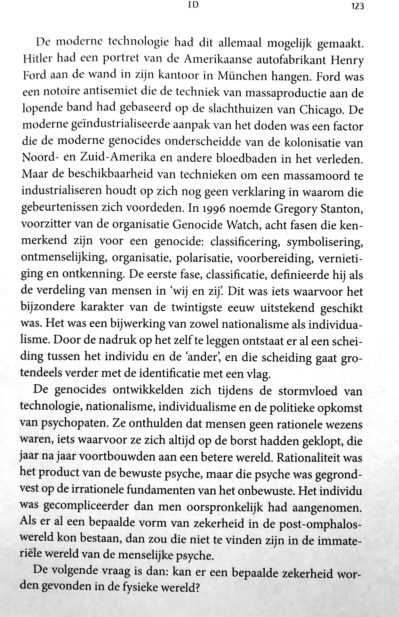