Below we want to mention all sort of techniques, events and activities that have contributed to the remix as a creative practice . These phenomena are close to it, but they are not. In random order.

Re-edit “A re-edit is a new version [of an original 3 minute song] made by cutting up and splicing together chunks of the original song in a different order, usually using a tape recorder, a razor blade and some sticky tape.’ […] “ If you think of re-editing as making a patchwork version” (Brewster 1999, 192)

Extended version/remix (part of disco-music) is a longer version of the original composition containing long instrumental sections to make it more mixable for the DJ.

Merry-go-round In the Summer 1973, on 1520 Sedgwick Avenue, West Bronx, New York, DJ Cool Herc (stagename for Clive Campbell) invented the ‘merry-go-round’, using 2 turntables and cutting the break from ‘Bongo Rock’ by The Incredible Bongoband together. This moment is seen as the origin of hip-hop.

Version “Versions in many ways were one if Kingston’s interpretations of remixes, but they do not completely fit the concept of remixing as it is understood today. A version could be a combination of a cover, a variation of a song, or at times be a re-mix of original recordings along with new tracks on top. A song could have hundreds of versions.” (Navas, 39)
“The concept of version becomes hard to define and begins to cross over to the concept of the instrumental and eventually dub, all which came to be included in the genre of B-sides. (Navas, 40)

“One of the most important words in reggae is “version”. Sometimes a reggae record is released and literally hundreds of different versions of the same rhythm or melody will follow in its wake. […] “Versioning” is at the heart of not only reggae but of all Afro-American and Carribean musics: jazz, blues, rap, reggae, calypso, soca, salsa, Afro-cuban and so on.” (Dick Hebdige in Navas, 59).

Replay “Replay, is meant to “re-play” or re-enact with exactitude an event from the past. Remix on the other hand is meant to take pre-existing material and make it different while also trying to keep the spectacular aura of the original in order to attain allegorical legitimation.” (Navas, 116)

Reblogging Reblogging is een extension of the copy/cut and paste aesthetics of sampling moved on to new media. “Remixes culture by constantly appropriating pre-existing material, to comment on it, or simply to decontextualise it, by making it part of a specialised blog.” (Navas, 124)

Toasting “Dub, as Jamaican music, is perhaps now best known for its link to hip-hop in the ’70s and ’80s in the Bronx, NY. Kool Herc is now officially known as “the father of hip-hop”. He took the culture of toasting to the Bronx.” (Navas, 47) “ Toasting means, literally, to make toasts —make celebratory announcements— on the microphone while also animating the audience. […] The selector in Jamaica is equivalent to the DJ in New York, and the MC (Master of Ceremonies) is equivalent to the rapper.” (Navas, 48). 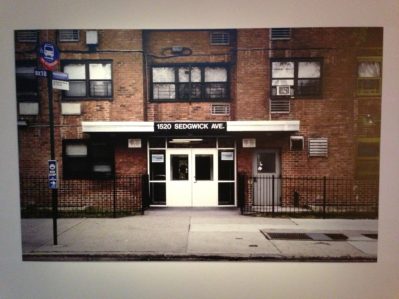