The Context: The sampled history of the Black Panther Party – 1970

01.14.1970 — “On January 14, 1970, the Party held a fund-raiser at the Park Avenue duplex of Leonard Bernstein, the conductor laureate of the New York Philharmonic. The Panther delegation was led by Field Marshal Don Cox and included members of the New York Panthers, wives of the New York 21, and Party lawyers. […] The guests discussed Panther ideology, and the Panthers collected $10,000 in donations.” (Bloom 2016, 351) “[White Jewish New Left ally Martin Kenner, East Coast fund-raiser and director of the Black Panther Defense Committee in mid-1969], organized the famous dinner party at Leonard Bernstein’s house and reached out broadly to potential allies on the left.” (Bloom 2016, 355)

“In the spring of 1970, […] [t]he Algerian government accredited the Black Panthers as one of twelve liberation movements that merited support in overthrowing the governments in their respective countries.” (Bloom 2016, 319)

05.04.1970 — “One of the most heated protests took place at Kent State University in Ohio, a campus with a history of SDS activism against the war in Vietnam and in solidarity with the Panthers. […] “On May 4, [1970] guardsmen opened fire on the students, shooting thirteen students in a hail of bullets and killing four.” (Bloom 2016, 265).

06.08.1970 — “In [Tom Wolfe’s] semifictional account [published in New York magazine on June 8, 1970], “Radical Chic,” Wolfe depoliticized the Party’s support, portraying the Black Panthers as hustlers cashing in on their street credentials by catering to the exotic tastes of the superaesthetic elite. In November [1970], Wolfe republished the essay in book form, adding the related essay “Mau-Mauing the Flak Catchers.”” (Bloom 2016, 351)

08.05.1970 — “On August 5, 1970, Newton was released from prison” […] “The release was a hard-won victory, and ten thousand people gathered outside the Alameda County jail to celebrate. […] In the heat of the sun and the enthusiasm of the crowd, Newton began to sweat. In a symbolic gesture, signifying his liberation won by the people, Huey stripped off his shirt, displaying his prison-buffed physique to awestruck supporters.” (Bloom 2016, 353)

08.07.1970 —“On August 7, 1970, George Jackson’s younger brother Jonathan Jackson, attempting to free George, was killed when he stormed into a court and kidnapped a judge.” (Bloom 2016, 365) “On August 7, Jonathan Jackson initiated an assault on Marin County Courthouse (San Rafael) to demand the release of his brother, George Jackson. Four, including Jackson were killed by police as the Panthers attempted to drive away from the courthouse. This incident led to the FBI-Wanted for Angela Davis. The aftermath of the Jonathan Jackson assault sent deep emotional rifts through the organization. By some supporters martyred as a man-child of the highest revolutionary spirit. Other believed that Jackson’s actions should be met with an escalation of guerilla activity.”
“On August 7, Jonathan Jackson raided the Marin County Courthouse in an ill-fated attempt to free his brother, writer and prisoner George Jackson. Jonathan, along with two prisoners and the judge, was killed by police at the scene.” (Douglas 2007, 71)

“As Newton settled into leadership of the national Black Panther organization in late 1970, tensions between the Central Committee and some of the local chapters increased. Relations were especially charged between the New York chapter, one of the largest and best organized, and the national leadership. As mobilization for the New York Panther 21 became one of the Party’s highest-profile campaigns, financial and ideological tensions widened this growing gulf.” (Bloom 2016, 355)

11.18.1970 — “When Newton first got out of prison, he presented a highly militarized and insurrectionary vision for the Party.” (Bloom 2016, 354) […] “Within three months of his release, Newton had moderated his position considerably to fit the responsibilities of managing the national Panther organization and to maintain support from allies. In a November 18, 1970, speech at Boston College, Newton downplayed armed struggle and emphasized the role of the Party in providing community social service programs, which he now called “survival programs.” (Bloom 2016, 354) 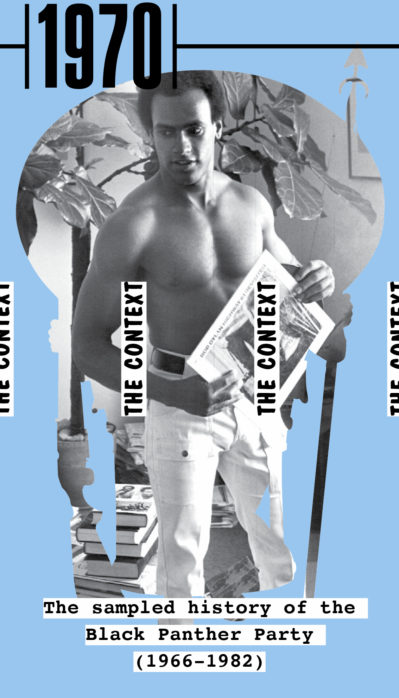