After 1971 — “The greatest strengths of the Party after 1971 were its notoriety and its concentration of relationships and resources in Oakland.” (Bloom 2016, 381) “Now drawing power from reputation rather than from the ability to mobilize insurgency, the Oakland Black Panther Party became increasingly cultish, resembling a social service organization, motivated by revolutionary ideology, with a mafioso bent.” (Bloom 2016, 381)

01. 1972 — “In January 1972, the Party announced it had reached an agreement with [Bill] Boyette [a local black businessman who owned markets in black neighborhoods and ran a black business association called Cal-Pak but refused to donate to the Black Panther Party]” (Bloom 2016, 379)

05.1972 — “On May 20, 1972, the Black Panther Party announced that it was running Chairman Bobby Seale [just rebased from prison] for mayor of Oakland, and Minister of Information Elaine Brown for a seat on the Oakland City Council.” (Bloom 2016, 380)

07.1972 — “The leadership put out the message in July 1972, declaring Oakland a “base of operation” and calling on Party members to close down their local Panther chapters and bring all Party resources back to Oakland.” (Bloom 2016, 380)

08.1974 – 06.1977 — “Under Elaine Brown’s leadership from August 1974 through June 1977, the Party experienced something of a local renaissance as a social democratic organization.” (Bloom 2016, 383) “Under Brown’s leadership, the Oakland Panthers took community service to new heights. The cornerstone of the Party’s program was the Oakland Community School, an elementary school directed by Ericka Huggins with the help of Panther Regina Davis.” (Bloom 2016, 384) 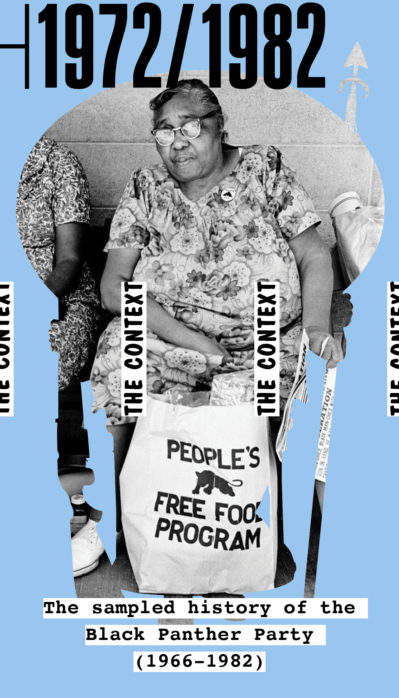