On February 17, 1968  at the first Free Huey Rally at the Oakland Auditorium in Oakland, CA (USA), an empty wicker chair was presented on stage.

From Black Against Empire

“On […] Huey Newton’s twenty-sixth birthday, the Black Panther Party came of age. In a massive, predominantly black rally in the Oakland Auditorium, while Newton sat in jail [for the death of officer John Frey], the Black Panthers announced a merger with SNCC [Student Nonviolent Coordinating Committee]. The terms of the merger were ambiguous; SNCC itself was in crisis, and the merger did not last long. But for the Black Panther Party, an organization that only a year earlier had barely been shown outside of Oakland, the event marked an important step in the maturation of its politics and its emergence on the national political stage.

In the center of the auditorium stage sat Huey’s wicker throne from the famous photograph, empty of course. In addition to Edridge Cleaver, who served as master of ceremonies, and Bobby Seale, the day’s speakers included three the most famous leaders of SNCC: James Forman, H. Rap Brown, and Stokely Carmichael. Bob Avakian from the Peace and Freedom Party and Berkely Councilman Ron Dellums are also on stage, as was Armelia Newton, Huey Newton’s mother.” (Bloom and Martin, 2012, p 111&112)

Caption of figure 8, the picture displayed in Black Against Empire

“This riveting documentary, “Black Panthers – Huey!”, directed by French filmmaker Agnes Varda transports you to the pivotal Free Huey rally held on February 17th, 1968 (Newton’s birthday), at Oakland Auditorium in Alameda, California. Newton, the charismatic young college student who, along with Bobby Seale, created the Black Panther Party, had been jailed for allegedly killing a police officer. His arrest–widely believed at the time to be a setup–galvanized Party support throughout the nation and led to a boom in Party membership, bringing a new level of public attention to the Panthers’ cause. Over 5,000 people attended the rally, which featured Party leaders and guest speakers including Eldridge Cleaver, Bobby Seale, James Forman, Bob Avakian, Stokely Carmichael, H. Rap Brown and Ron Dellums. Through stark un-editorialized footage, this documentary chronicles the speakers outlining the Party’s platform goals, their strategies for freeing Newton from jail and more.”

Source: Bloom, Joshua, and Waldo E. Martin. Black against Empire: The History and Politics of the Black Panther Party, 2013, University Of California Press 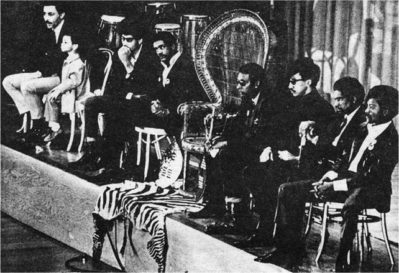 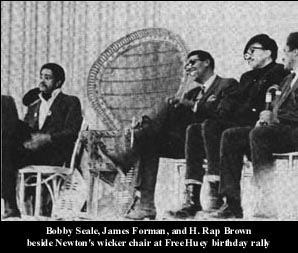 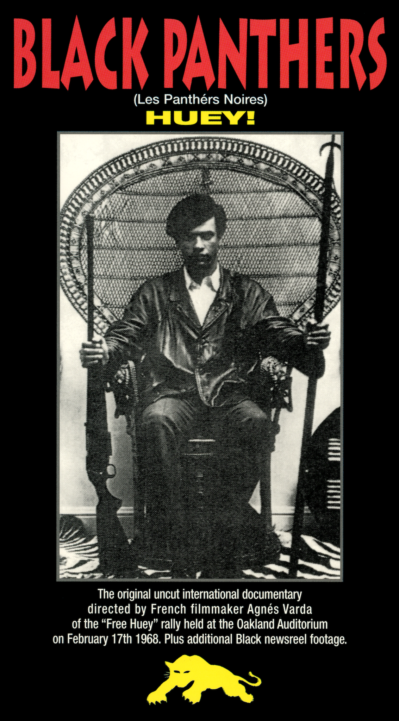