What do we actually talk about when dealing with classification in this 21st century Dutch media reality? What are the existing or traditional parameters that are used to organise society and its people into social groups? How can the clew of identifyers and labels be unraveled?

The project took on a shape by creating a database. During a period spanning from September 2014 until July 2015, I daily gathered articles that talked about classifications from De Volkskrant[1]. During this eleven month period, I started to cut out and collect newspaper clippings that become the raw material for the database. This resulted in a collection of 464 clippings; raw body of data, consisting of images, facts, quotes and headlines. This became the designated area for a more in depth design research into the work of classification in Dutch media society.

After the procedure of selection, the database was then further analysed by attaching metadata to the clippings. Metadata or ‘data about data’ is the data that describes the content and context of data in order to facilitate in the discovery of relevant information. After a process of trail and error and experimenting with existing, fictional and speculative, the metadata that was used to organize the clippings into a readable database were ‘location’, ‘classification’ (divided into ‘groups’), ‘institute’ and ‘typical words’. All metadata comes from words that were found in the newspaper clippings.  The different pieces of data were printed out on cards of 10 by 15 cm and held together by a box.

Go to: post-what.com/everydaypeopleeveryday for an online overview of the database.

Reflecting on the database

Organising data is a political act. In information design the designer cannot take a neutral position (Huygen, 2008). Every choice is made with intent to show insight of the relation between different data and therefore positioning itself in a hierarchical and rhetorical order. With the intent of sharing insight, communicating the essential or making it look pretty, every choice in designing order shows the agenda of the designer.

The database has many narratives, but if and how they reveal themselves is through the decision of grouping, labelling and putting it into hierarchy. The organisation I used here is based on the traditional classificatory systems of difference (Hall, 1997), because this system is at the basis of that what I want to understand; the mechanisms and effects of classification. By having set up the database like this, it has provided me with a collection of cards that could give insight into the significance of classification. In the next chapter ‘3. visual analyses‘ this database will be used for analyses and interpretations in order to understand the mechanism of human classification in Dutch media society. 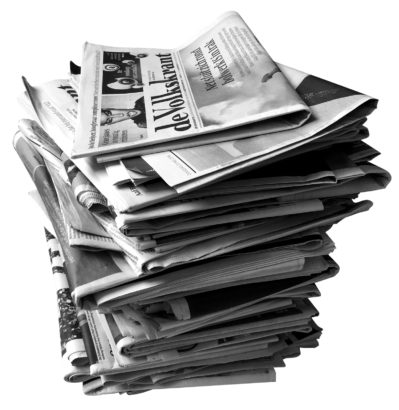 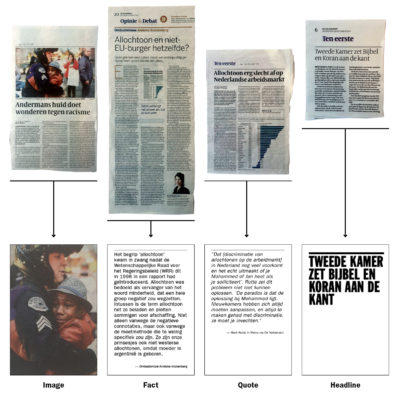 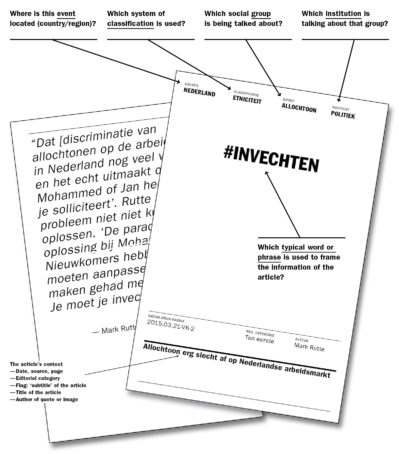 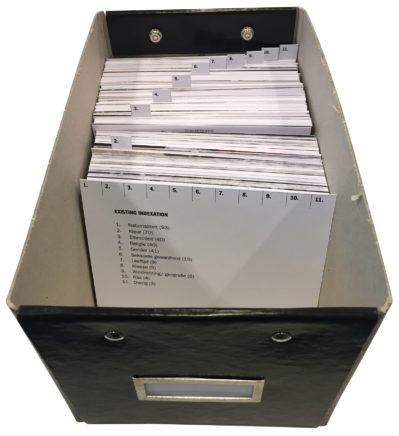 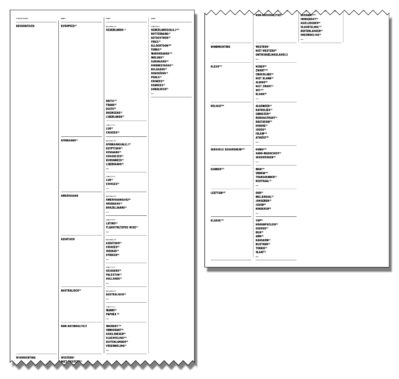