A participatory reflection on systems of classification

What if classification has a bottom-up approach? What happens when the act of organising is given to the people? Could it then lead to different, more inclusive organisations? Is it possible to organise human groups in another systems that can work as a more equal and less hieratic model to organize a more inclusive discussion on cultural identity? Could this system become a model for dialogue that discusses cultural classification in an open, equal and participative manner? Or is every attempt to organise and diversify humans doomed to become discriminatory? These questions are the starting point for the third visual analysis; a mapping through dialogues.

The first two analyses, typology and stereotypology, are based on the ‘great classificatory systems of difference which operate in human societies’ (Hall, 1997). The ‘incomplete timeline of human classifications in Western society’ shows that these systems are created by scientist, politicians, governements, church and media. It is not designed by the people, but by institutions who are in the position of power and use this power to rule over the groups they design. Thus exclude the people from the decision making process. But what happens when we move away from these powers, and use a bottom-up approach.

The process of designing these dialogues started with defining new paradigms with which to organise the database. Reflecting on the first insights from the found data, the mappings and the first theoretical exploration, the following paradigms were outlined:

These paradigms were the starting point for designing models of dialogue. They were tested with multiple partners. For an insight in the tests as part of the design proces, go to: http://www.post-what.com/designingdialogue

The final proposal for the dialogue covers a surface of 150 x 150 cm that, looks like a tablecloth, but functions as a map for exploration. It is a framework that invites the dialogue partners to reflect on the power of classification. The design of the framework aims to give direction to the dialogue, but leaves conclusions open to the interpretation of the participants. The participants use the database of cards to start the conversation. Because it is visual driven, it aims to works more intuitive and associative, which becomes another type of dialogue; one that is more explorative in voicing a position or a shared body of symbols as opposed to a debate of stand-points we so often see. 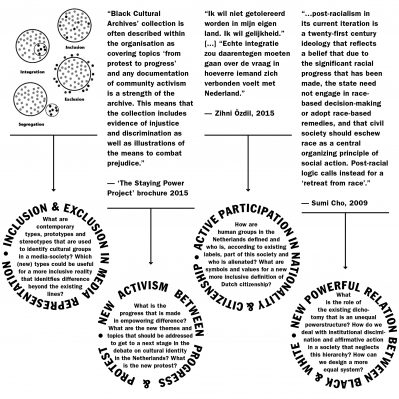 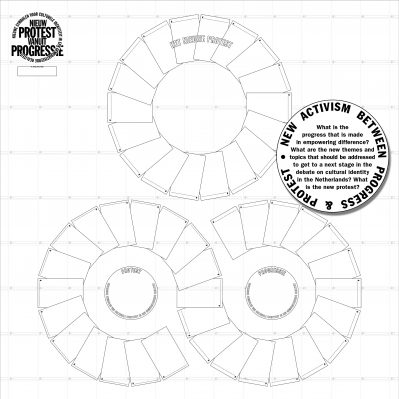 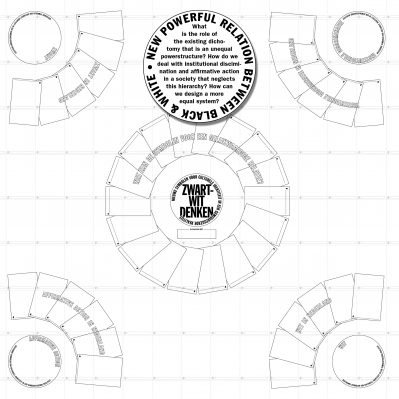 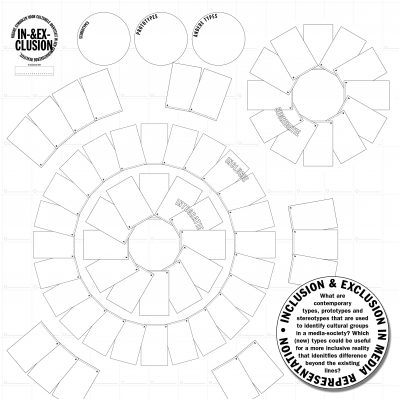 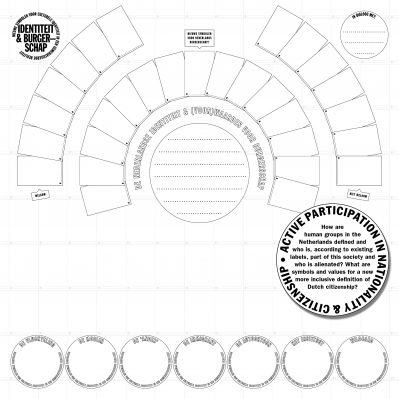 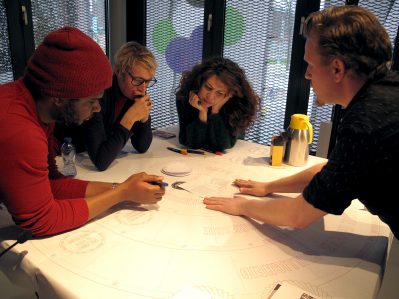