A family tree of human classification

Which groups are talked about? The first step of archiving this data by analyzing classification, should be seen as a typology, or the study of types. A typology is the result of the classification of things according to their physical characteristics. From this perspective, the research focuses on an ‘objectified’1 and quantified categorization of the collection through metadata. This typology aims to understand and clarify the ruling classification that are in play; it not only specifies which groups are signified by De Volkskrant and how these groups are labelled, but also the number of times they are talked about.

A family tree of human classification’ is the result of this first analysis shows the typology I designed of the groups that are defined through the 464 pieces of data by De Volkskrant. Here I chose to let the system of classification follow the traditional lines of color, nationality, ethnicity, geography, direction, religion, gender, sexual preferences, age and class. I also chose to avoid intersectionality,

which is debatable as it has a lot of consequences for the data. Take for example this image of a ‘Moroccan-Dutch’ ‘Muslim’ ‘Man’ that celebrates his ‘Homosexuality’ was cast into the group ‘Homo’, that is part of the classification of ‘Sexual Orientation’. I made this executive decision to force myself to designate the prevailing classification (in this case: ‘Homo’) and not have any doublings. By being so rigid it also undermines the complexity of the power relations I am researching. At the same time it shows the flaws in the design of a system that demands us –as humans- to chose sides and forces labels upon us, while we are much more complex than that. 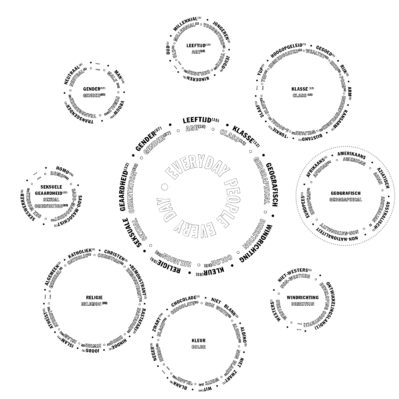 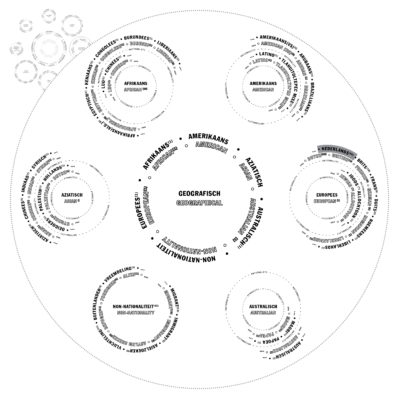 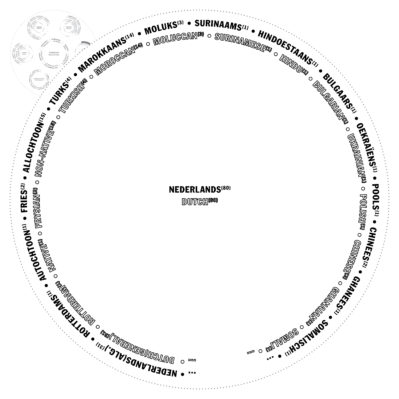