“What do I mean by [race as] a floating signifier? […] Race is one of those major concepts [just as gender, class, sexuality and age] which organize the great classificatory systems of difference which operate in human societies.

And to say that race is a discursive category recognizes that all attempts to  this concept scientifically to locate differences between the races on what one might call scientific, biological or genetic grounds have been largely shown to be untenable. We must therefore instead substitute a socio-historical or cultural definition of race for the biological one”

“Race works like a language. And signifiers refer to the systems and concepts of the classification of a culture to its ‘making meaning practices’. And those things gain their meaning not because of what they contain in their essence, but in the shifting relations of difference which they establish with other concepts and ideas in a signifying field. Their meaning, because it is relational and not essential, can never be finally fixed, but is subject to the constant process of redefinition and appropriation.”

“The meaning of a signifier can never be finally or transhistorically fixed. There is always a certain sliding of meaning, always a margin not yet encapsulated in language and meaning, always something about race left unsaid, always someone a constituative outside, who’s very existence the identity of race depends on and which is absolutely destined to return from its expelled and abjected position outside the signifying field to trouble the dream of those who are comfortable inside.”

It is not fixed in its inner nature, that is cannot be secured in its meaning, that it floats in a sea of relational differences.

The meaning of skin colour slides and floats. It is a ‘floating signifier’ — Slide

“What after all we all know about race: it’s a reality” […] “what is the need of this hollow balloon about race, when you can just turn to its reality?

[…] there is no reason to deny this reality [of differences] or this diversity.[…] it is only when these differences have been organized within language, within discourse, within system of meaning that the differences can be set to acquire meaning and become a factor in human culture and regulate conduct. That is the nature of what I am calling the discursive concept of race. […] what matters are the systems we use to make sense, to make human society intelligible. The systems we bring to those differences. How we organize those differences into systems of meaning with which we can find the world intelligible. This has nothing to do with denying […].

” I think these are discursive systems because the interplay between the representation of racial difference, the writing of power and the production of knowledge is crucial into the way in which they are generated and the way in which they function. I use the word discursive here to mark the transition theoretically. From a more formal understanding of difference to an understanding of how ideas and knowledges of difference organize human practices between individuals.”

A discursive position: differences exist in the world. But what matter are the systems of thought and language we use to make sense of those differences — Slide 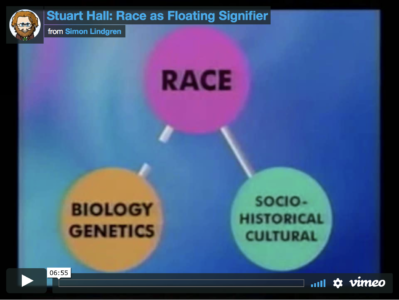 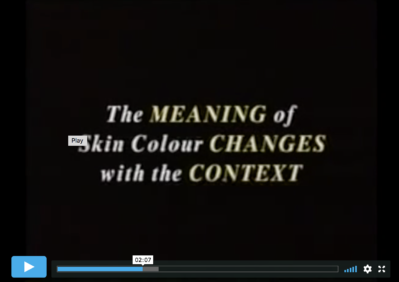 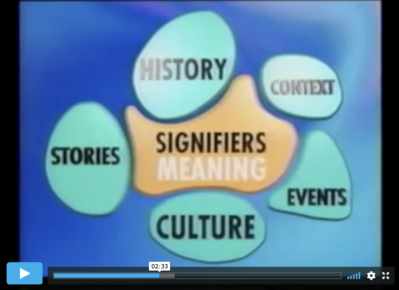 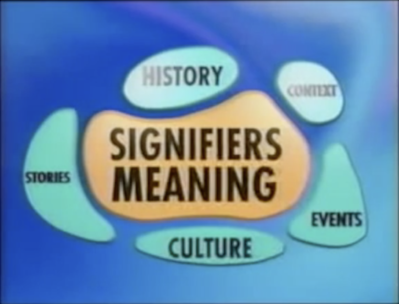 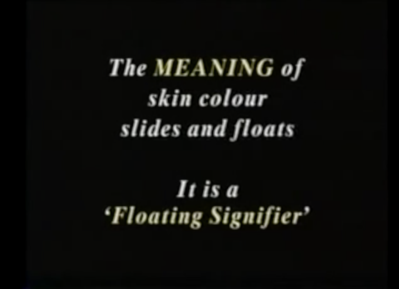 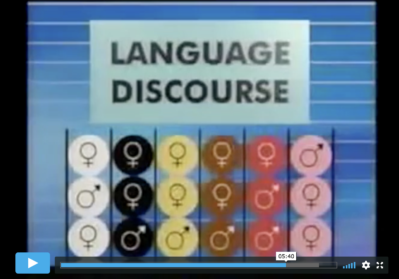 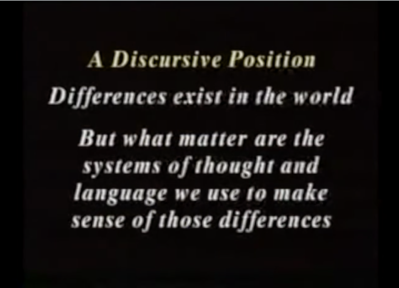 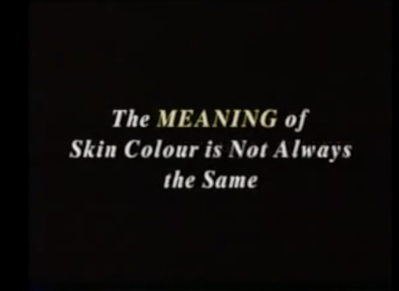 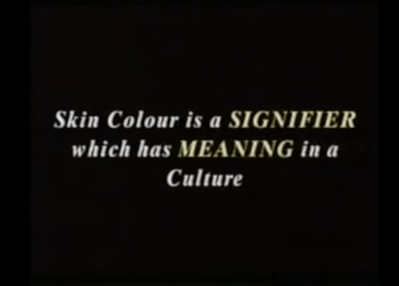