On October 7, 2016 in MetLife Stadium, East Rutherford, NJ, USA, a performance by Beyoncé in a metal rattan chair holding two spears flanked by two female dancers, was part of the final concert of her Formation World Tour.

There was Serena Williams, who nearly stole the show during “Sorry.” The tennis champion appeared perched on the wicker peacock chair, before she danced without a care in the world — a perfect reenactment on the Lemonade song’s video on stage.”

Earlier that year on February 7, Beyoncé stirred quite the confusion/stole the show with her guest appearance on the halftime Superbowl. References to the black panther party (alongside a reference to Michael Jackson’s performance at Superbowl).

Not the first time Beyoncé was seen sitting in a rattan chair. H&M commercial 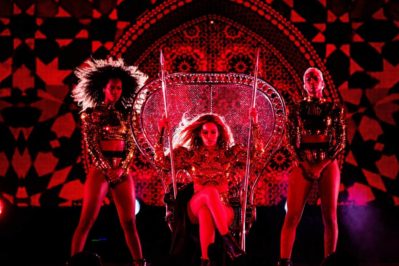 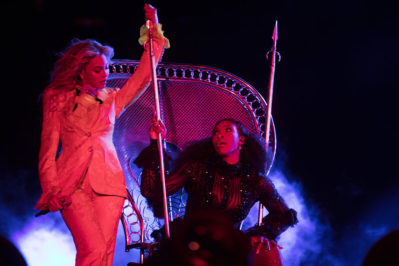 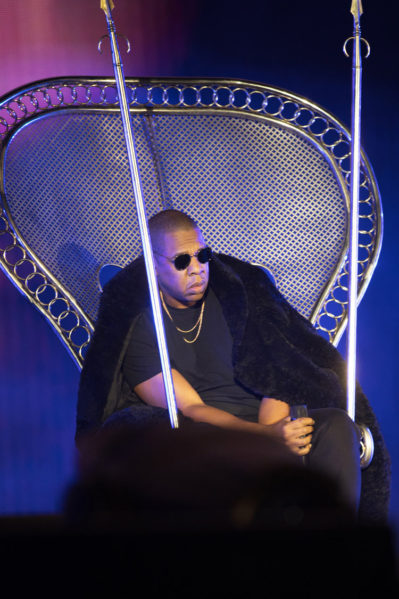 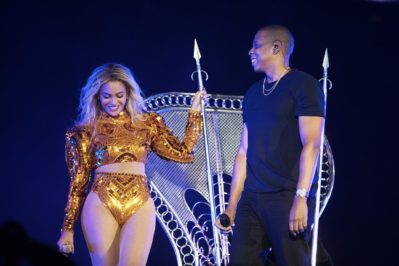 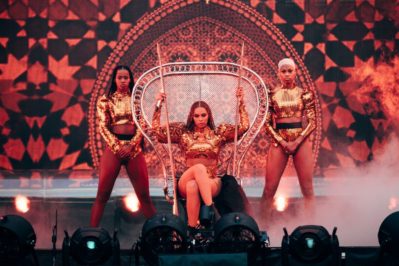 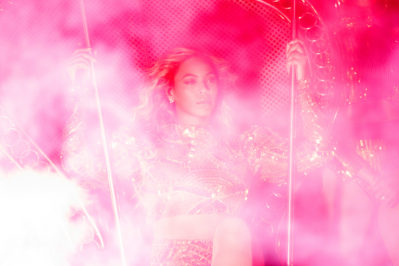 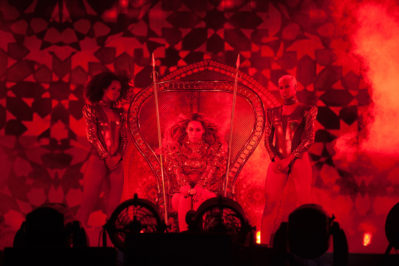 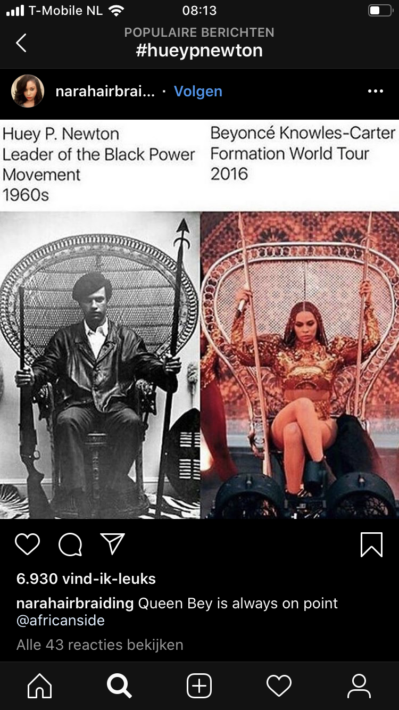 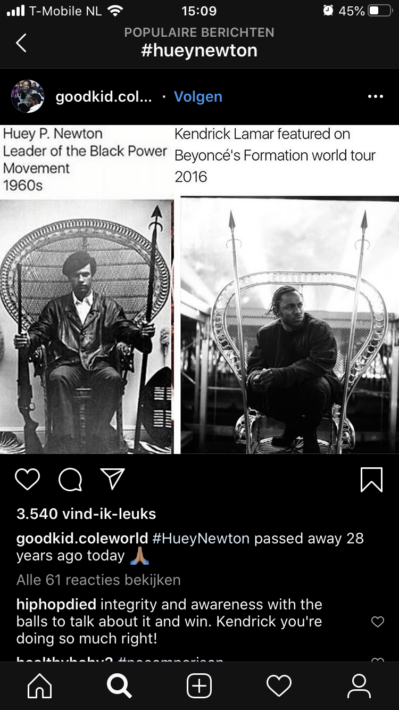 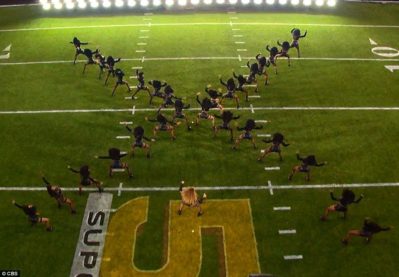 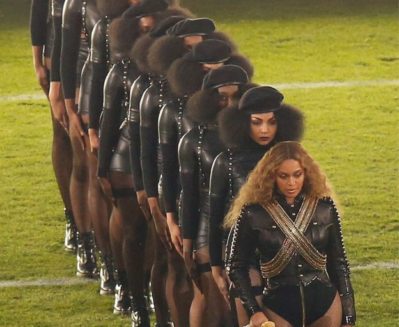 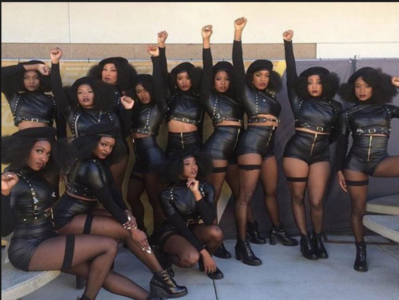 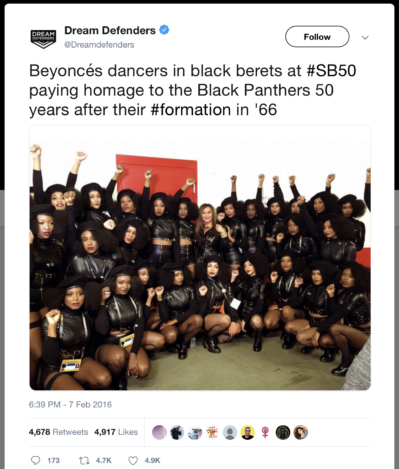 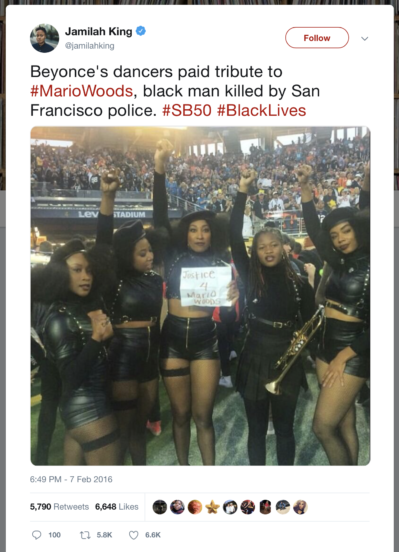 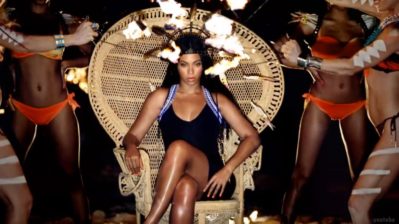