Decontextualizing means taking something, in this case a work of art, out of the context it is made in. Context can be defined as the moment in time and place, and the cultural, economic, political, social ideologies that were leading in that time and place. The work of art, sprung out of this situation through the creative mind of the artist that was living in and reacting on this particular time and place.

In the process of decontextualization we lose the connection to the original, while we still see the object itself. Decontextualization removes these contextual factors from the work we see, leaving us with an object that we can only value on a superficial level without having access to the initial meaning of the work. This leaves the work meaningless, and at the same time open for reinterpretation and recontextualization.

An example of a work that uses decontextualization is ‘Fountain’ by Marcel Duchamp (1917). Duchamp takes an everyday object (an urinal) which is functional in the real world, removes it from this context and inserts into the world of art. The urinal loses its original meaning (a piece of plumbing) and transforms in to a provocative and obscene piece that questions the role of art.

We talk about recontextualizing when a work of art is taken from its original context and given new meaning by both the artist as well as the new context it is made in.

‘Fountain (after Marcel Duchamp)’ (1991) by Sherrie Levine is an example of recontextualization. By replicating Duchamp’s urinal in bronze, and titling it after the artist, Levine makes a copy that not only visually cites the original, but also renews the debate that the original instigated. Since Levine is female artist working in the late 20th century appropriating the work of a man from the early 20th century, the unique replica questions Duchamp as a male and the mass-produced urinal as art. It exposes how Duchamp’s strategy has become assimilated by the art world, but nevertheless is still relevant.

Another example of recontextualization is “A Man Was Lynched by Police Yesterday” (2015) by American artist Dread Scott. On his website, he explains that: “This simple banner […] is an update of an iconic flag that the NAACP flew from their national headquarters window in New York in the nineteen-twenties and thirties the day after someone was lynched. It read simply: “A Man Was Lynched Yesterday” and was part of a their anti-lynching campaign — a national effort to end that scourge.” (Scott, 2015)

By updating this iconic flag, Dread Scott is showing us that the violent terror of racism in America during the Jim Crow era is not a thing of the past. Even harsher, a century later, it is a continuation of the past and shows “how the past sets the stage for the present but also exists in the present in new form”. (Scott, 2015) 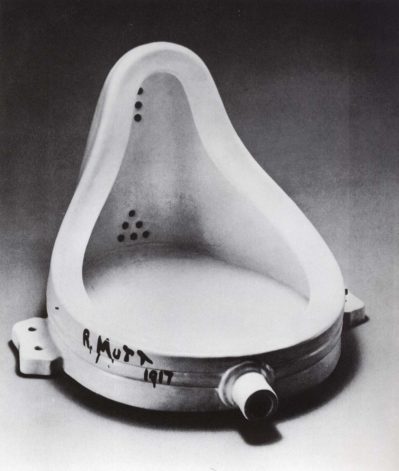 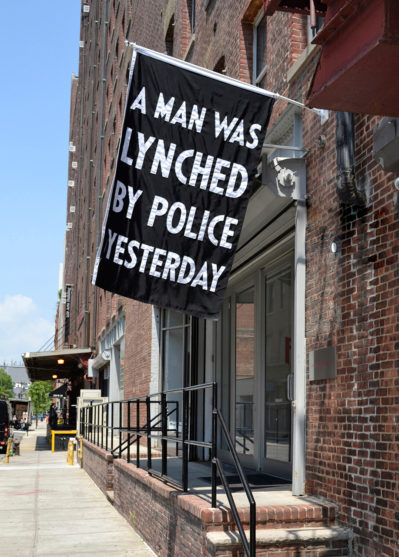 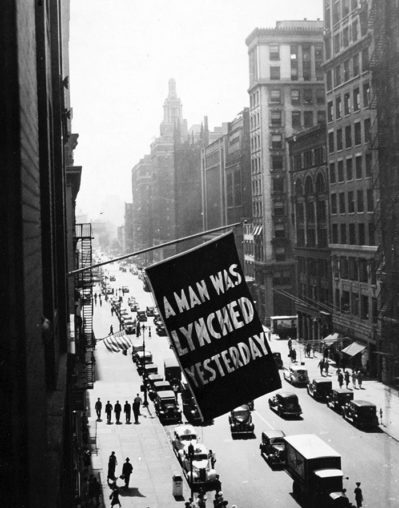