A Panther’s Legacy: How the Panther’s visual rhetoric remains part of our pop.cultural imagination

Patta is a Dutch streetwear brand. Patta is slang for shoe. “For the Patta Spring Summer 2021 headwear release, we have designed a range of functional head pieces in a variety of everyday colours as well as patterns that are seen throughout the rest of our inline collection. Fabricated in wool mix with a faux leather band and adjustable fabric band at the rear, the Patta Military Beret comes in a traditional military beret fit. For branding, a golden Patta Script Logo metal applique is stitched to the front of the piece.” (Patta.nl)

Found on eyeondesign.aiga.org: “Matt Thame of Studio Auto, Strut Records designer, also wanted to move away from [Lemi] Ghariokwu’s style in his cover for Seun Kuti & Egypt 80’s 2018 Black Times. Instead, the cover image referenced both the Black Panthers and police photofits: “Lemi’s approach was perfect for the Fela artwork of the time,” says Thame, “and while his work had a strong socio-political message as well, this was a fresh new release, and so deserved to stand out from previous artwork — it needed to capture the feel and direct power of the Black revolutionary.””

The New Face of the NRA — CH Shorts

In the short clip ‘The New Face of the NRA‘ from 2018, College Humor ridicules the double standard of the NRA (National Rifle Association) regarding the right for every American to bear arms. This reminds us of the Mumford Act and the Sacramento demonstration of May 2nd, 1967. The black character is wearing the Black Panther attire: black beret, black leather jacker and black turtleneck and bandolier. Watch the clip here.

1994 Hollywood blockbuster ‘Forrest Gump’ tells the story of an Alabama man with an IQ of 75, whose only desire is to be reunited with his childhood sweetheart against the backdrop of historical events that shaped the 60s and 70s of the US. One of the scenes features Forrest beating up ‘Jenny’s’ abusive white boyfriend in the setting of a Black Panther Party Headquarter, complete with posters of Guevara, Newton, Seal and artwork by Emory Douglas. See the clip here.

During the active political life of the Black Panther Party, the act remixing their visual language and message was already en vogue. An inspiring example of the cut-and-paste method is “Huey Must Be Set Free“, found on page 23 of The Digger Papers, a collective en give-away publication by the Diggers in August 1968. “The Diggers were one of the legendary groups in San Francisco’s Haight-Ashbury, one of the world-wide epicenters of the Sixties Counterculture which fundamentally changed American and world culture. […] The San Francisco Diggers evolved out of two Radical traditions that thrived in the SF Bay Area in the mid-1960s: the bohemian/underground art/theater scene, and the New Left/civil rights/peace movement. […] The Diggers combined street theater, anarcho-direct action, and art happenings in their social agenda of creating a Free City.” (more at www.diggers.org) 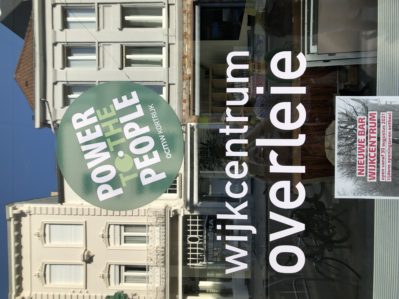 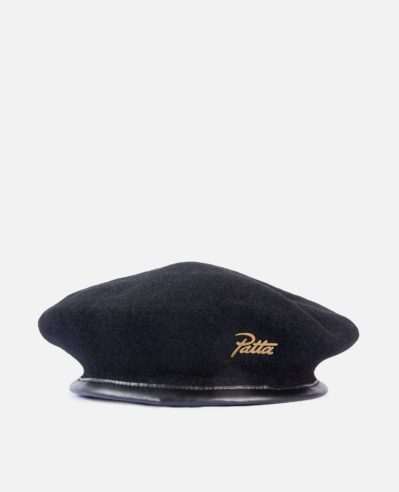 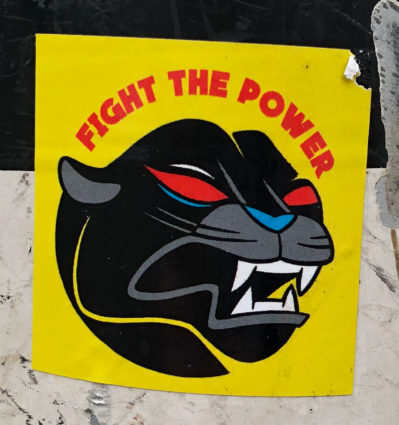 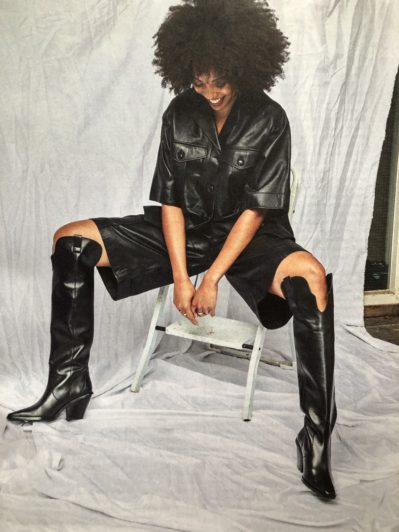 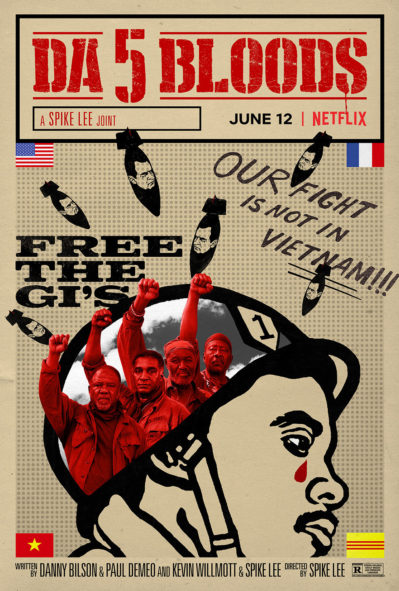 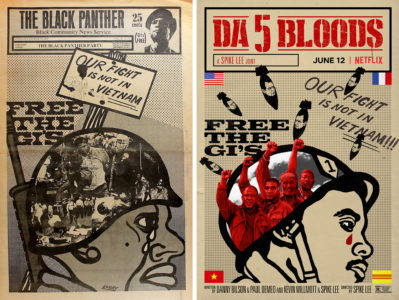 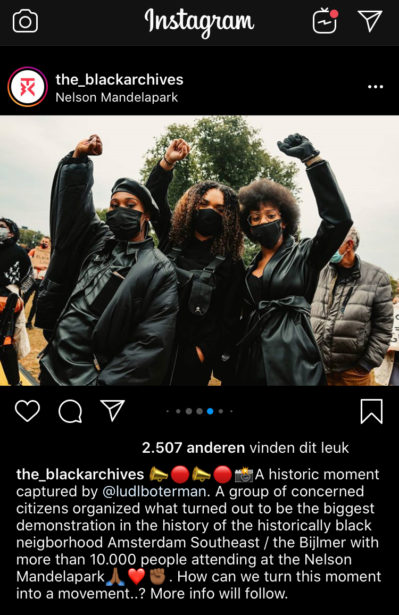 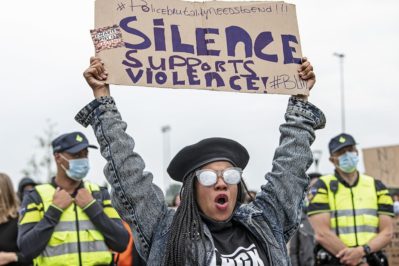 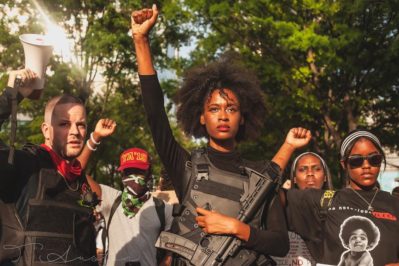 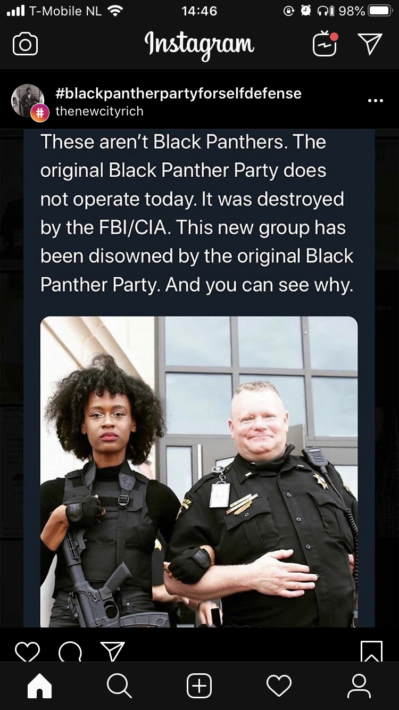 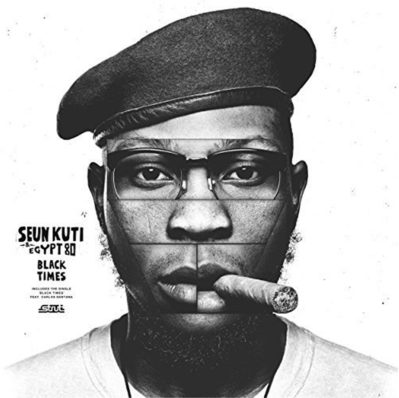 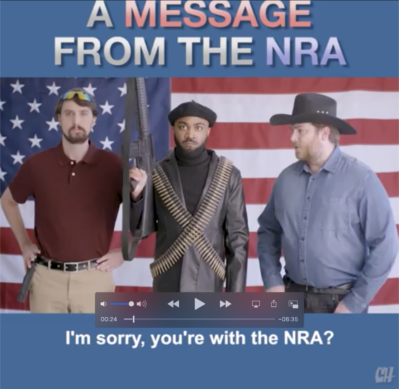 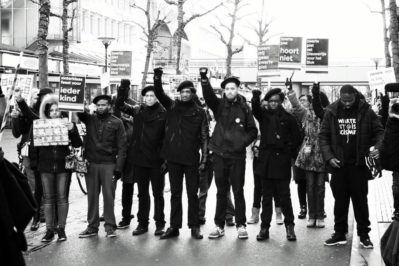 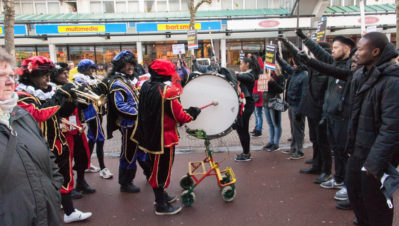 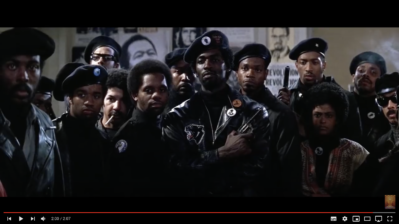 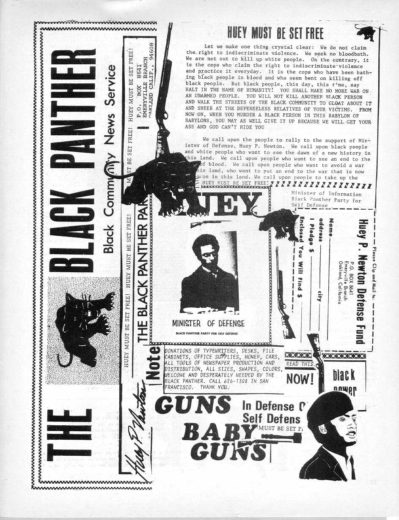